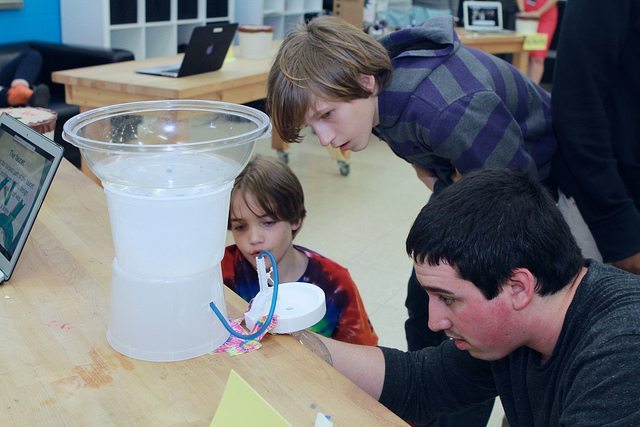 On April 22, 2015 we hosted our FabSlam Showcase and celebrated 6 weeks of 3D printing and digital fabrication with teams from around the state. FabSlam is a multi-week, team-based, digital fabrication competition where youth learn and practice design, iteration, and rapid prototyping skills primarily focused on 3D Design and 3D Printing. This cycle’s challenge was to design and create a product that solves a problem someone could encounter in the kitchen.

The finale showcase is always inspiring, energetic, and filled with anticipation as teams come together to share their projects, talk about the work they’ve done over the last six weeks, and anxiously await the results to see if their hard work pays off by placing in the competition. We had 7 teams from around the state competing in this cycle, eager to meet our judges and share all their project and all their supporting documentation to compete for a top placement.

We were grateful and excited to recruit a talented cast of judges this cycle including: 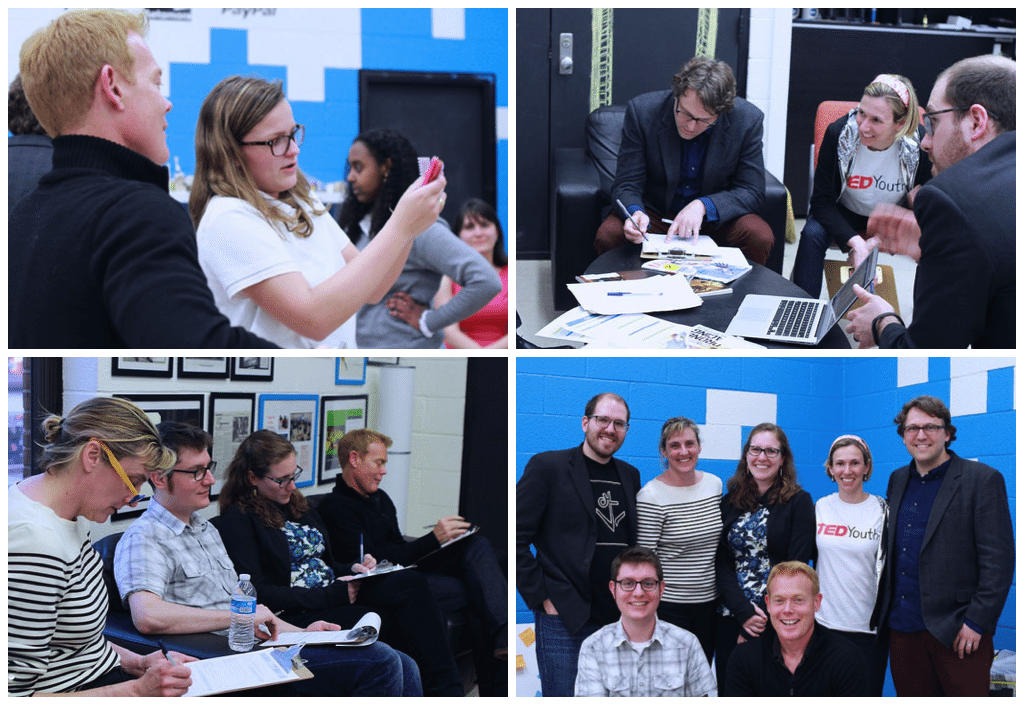 First place in this year’s FabSlam was awarded to Nerdy Bacon, a middle school team representing Perryville Middle School in Cecil County. In response to the challenge, they attempted to create a solution to the problem of a sticky syrup bottle and designed the Pour & Store Syrup Cap. They received kudos from the judges on their iterative design, working well as a team, and valuing individual contribution and team adoption in their design process.

Nerdy Bacon also won the Fan Favorite Award, which was a new prize this year. Showcase attendees were given two tickets to cast a vote for their favorite projects. This was a hit and something we will definitely be continuing in future cycles of FabSlam! 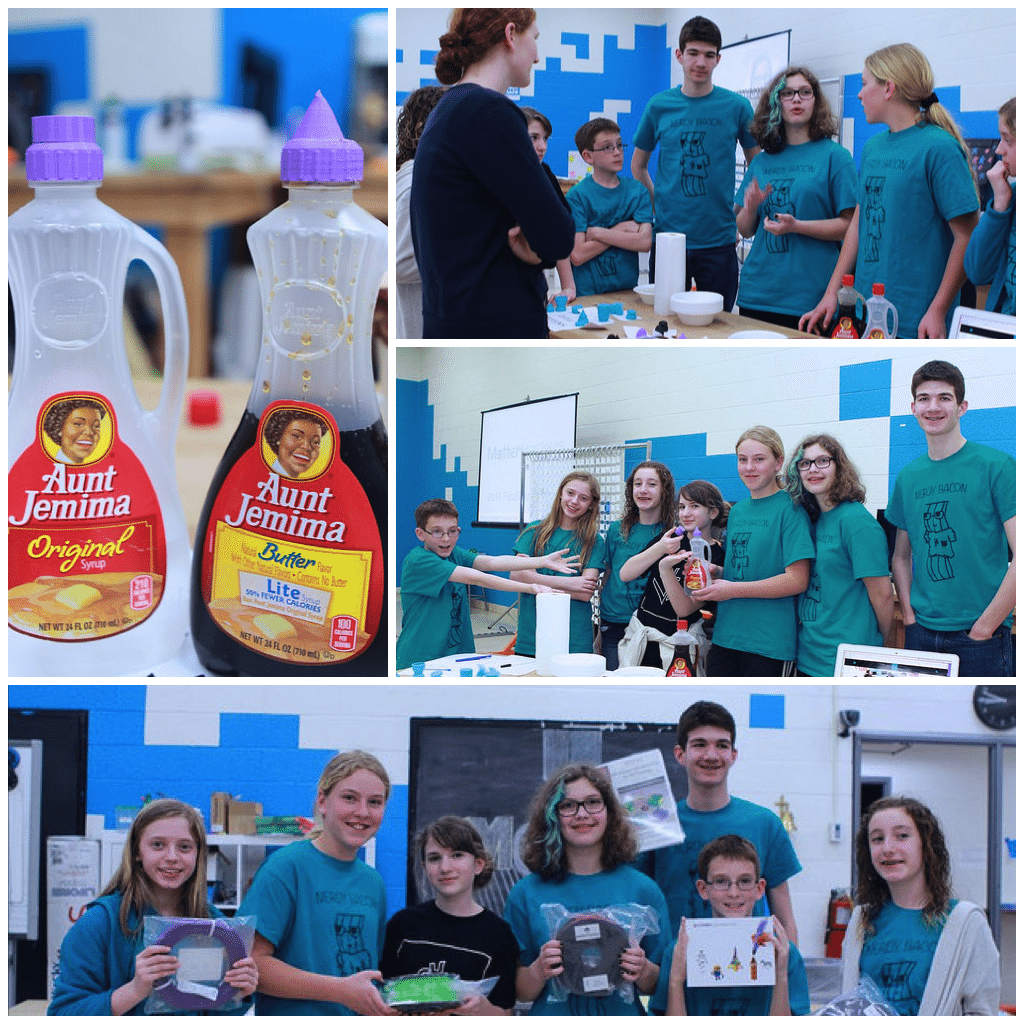 Second Place was awarded to Innovation Nation, one of the three teams in the competition representing Bryn Mawr School. Combining their experience as a robotics team with their new 3D Printing skills, this team created the Kitchen Copter, a 3D printed quadcopter with utensil attachments. Innovation Nation won the judges over with their “fantastic documentation.” 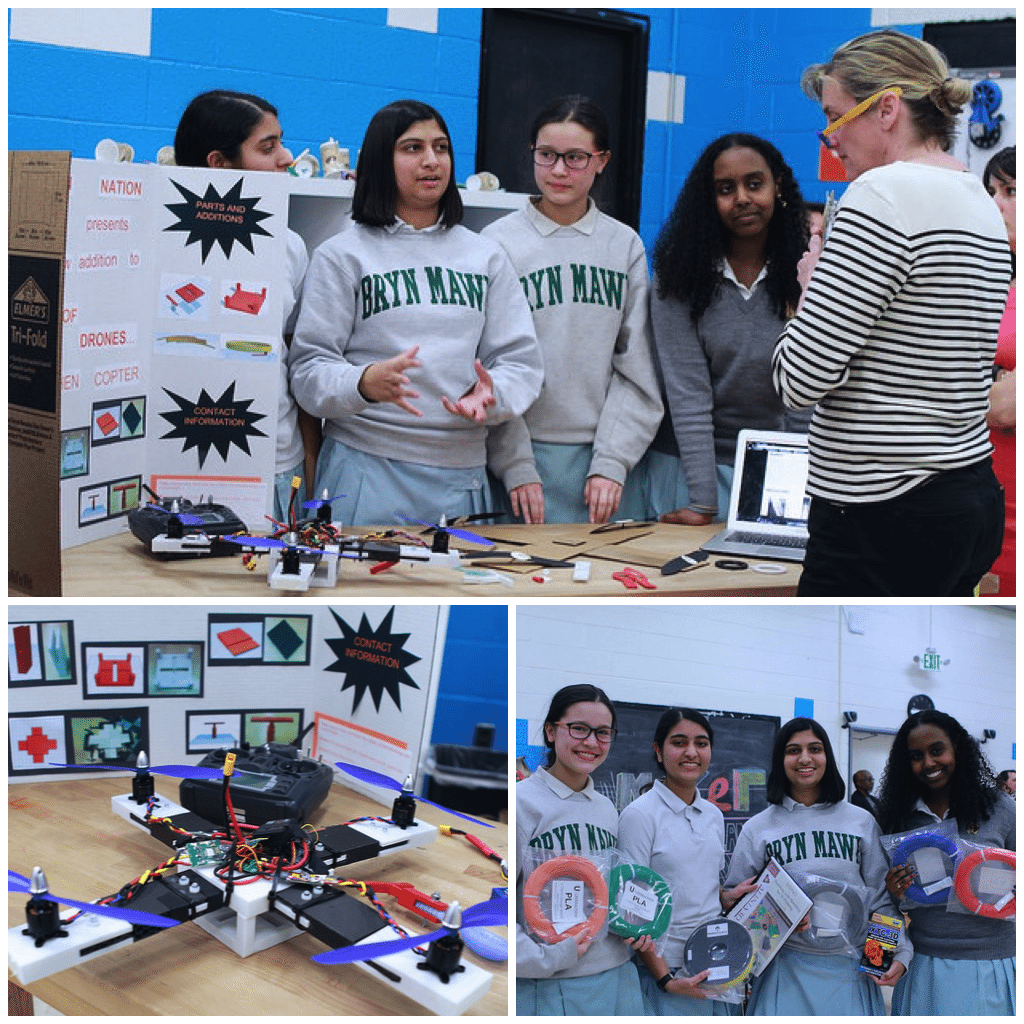 Third Place was awarded to Team Sophomore, also from Bryn Mawr School for their Pass the Salt product, a custom designed wagon that attaches to a Sphero ball (controlled remotely by an iPhone) for passing items around the dinner table. They were commended by the judges on their strong teamwork and solving a relatable problem. 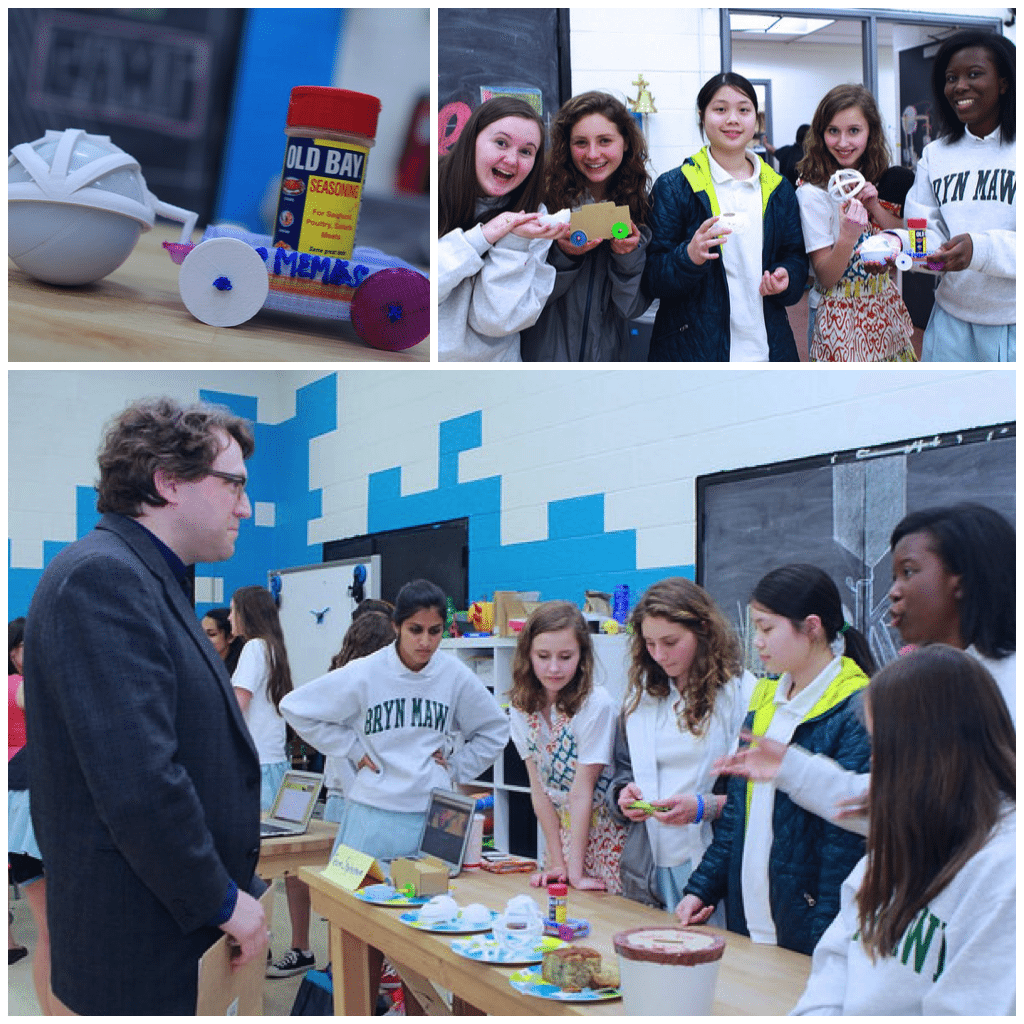 There were two teams from DHF who participated this year. One of these teams was 3D Ninjas and their project was the Carrot Dispenser, which was inspired by PEZ dispensers with a goal to make carrots cool! 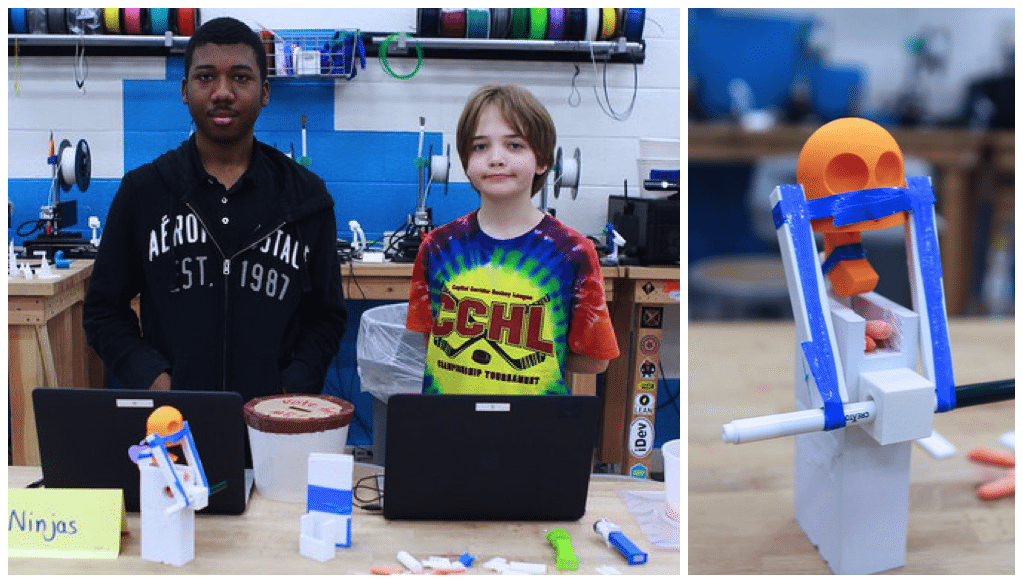 The other team representing DHF was Team Sushi who tackled the problem of printing water-tight objects with their 3D Printed Sink. Team Sushi impressed the judges with the potential impact of their project such as installations in public places for homeless. 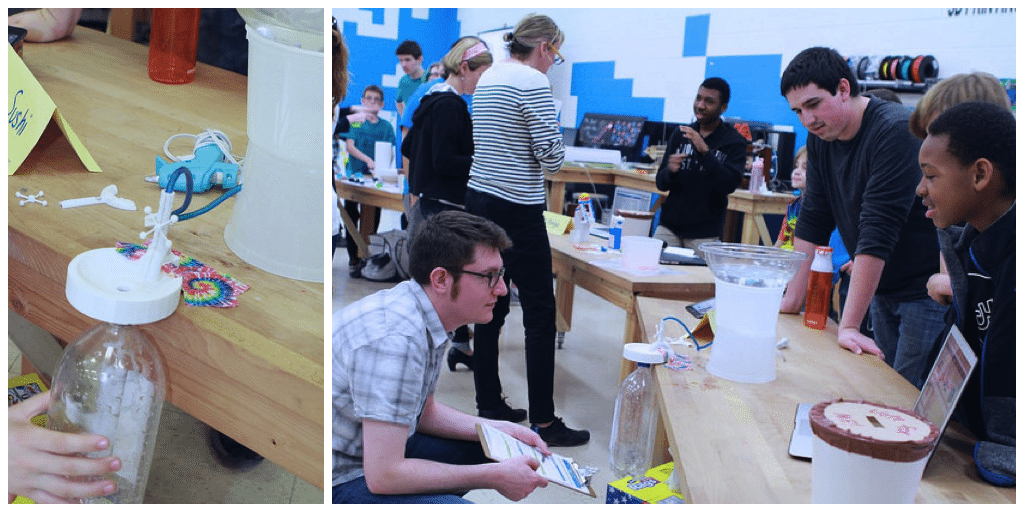 Another new team to participate this year were the Grizzlies from Garrison Forest School who entered with their Potcentric 3000, an automated stovetop helper designed to free the chef’s hands by stirring automatically. The judges thought that it was about time for someone to “get a robot on that!” 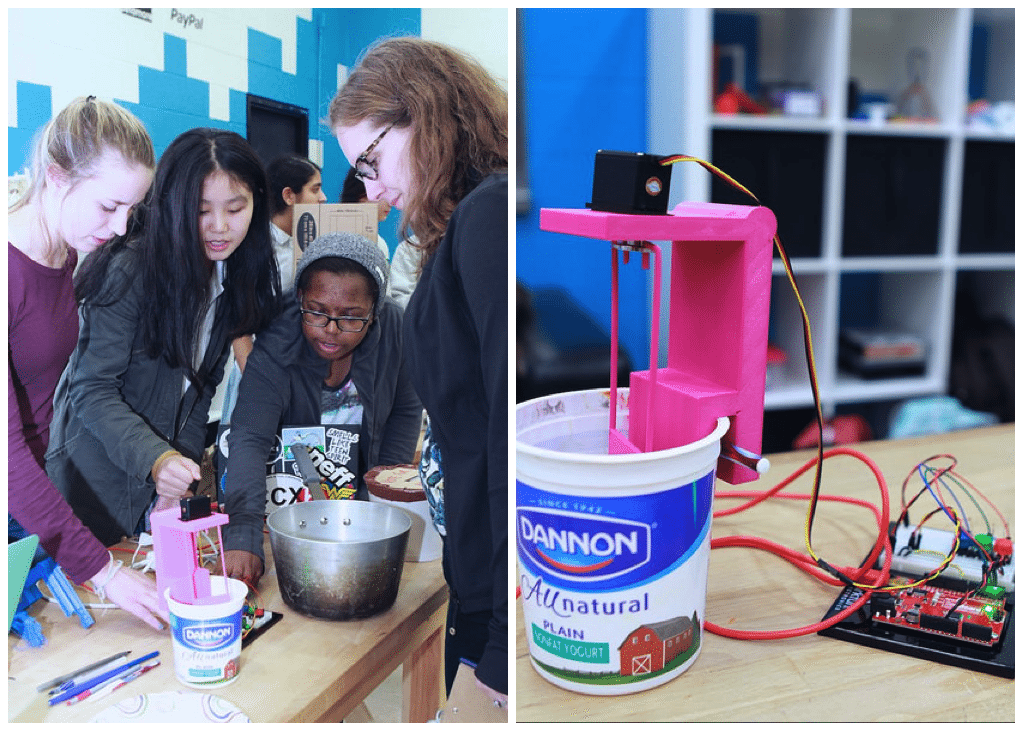 The third team to participate from Bryn Mawr was Wo(man) Made and their brilliantly named Miss Army Knife, a multi-tool device with cooking specific utensils with a goal to free people from the kitchen!

In addition to our awesome panel of judges and enthusiastic teams, we are also grateful for our FabSlam 2015 Sponsors who provided prizes for the teams! Thank you to Afinia 3D, Matter Hackers, Printrbot, UltiMachine, and FilaStruder for the generous donations of products and materials that were awarded to our placing teams. 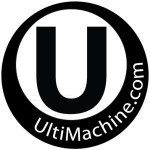 Thank you to everyone who participated in FabSlam 2015! We hope to have you participate again next year! If you would like to see all our photos from the event, you can check them out here: FabSlam 2015 Flickr Album 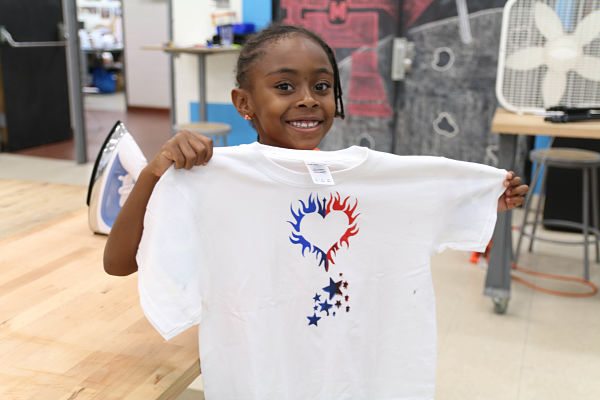 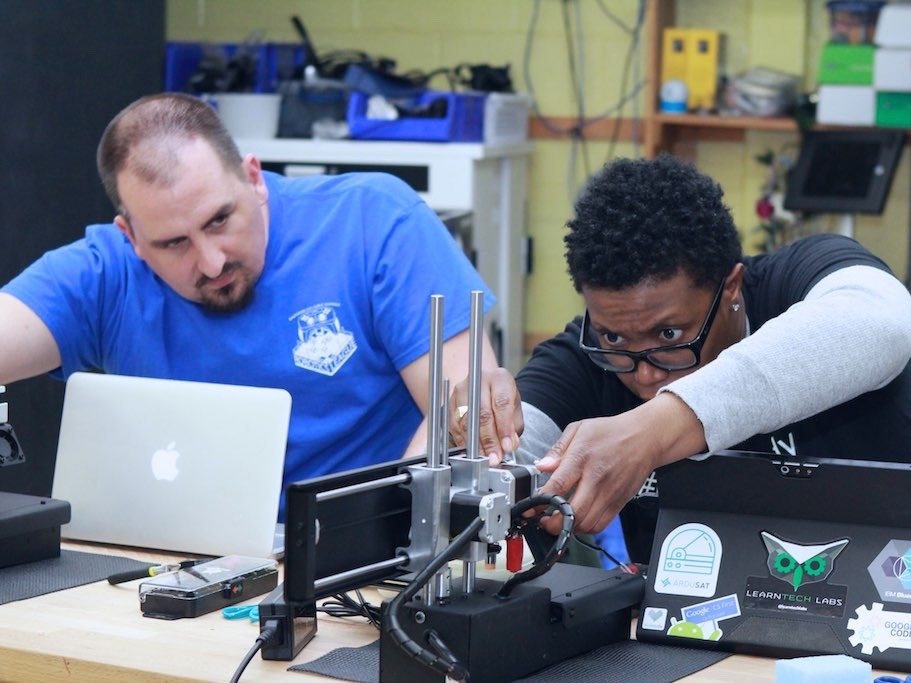