This May in the Tech Center, the youth have been busy brainstorming, planning, and creating amazing projects that will be proudly displayed in the Spring Showcase tomorrow! In the early stages of planning their projects, Richelle Vargas, a talented interactive arts major at MICA (who also helps with the building of fantastic sets at Port Discovery), gave an amazing presentation on a piece she titled Conversation 2. Conversation 2 is a sculpture project Richelle completed using Arduino and an Xbox Kinect to program a silicone face that reacts to the movement of the person in front of it that the sensors pick up, and then changes expression based on that person’s movement each time. She explained to the youth that she drew her inspiration from the expressive nature of cartoons and her fascination with mimicking those expressions. 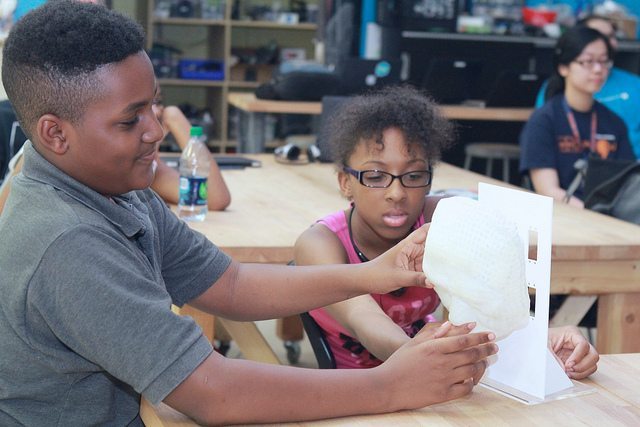 Richelle’s project went through many phases, starting with a prototype using 3D printed gears, moving onward to a smaller silicone face using strings attached to motors and sensors to move.  Richelle then moved onward to a more functional version, bigger in size using face mask casting and gears internally to move. Richelle’s project proved to be a great inspiration  to the youth in attendance because it expressed the importance of prototyping and improving design. Richelle discussed in detail with the youth the trial and error process that was behind the sculpture as well as amazing skills she taught herself along the way to get to the final result. Richelle’s presentation on her sculpture was an awesome example of how far you can take an idea if you continue to work at it. Since the presentation, Richelle has accepted a position as a Maker Corps Member and will be working at DHF this summer with our elementary Maker Camp! 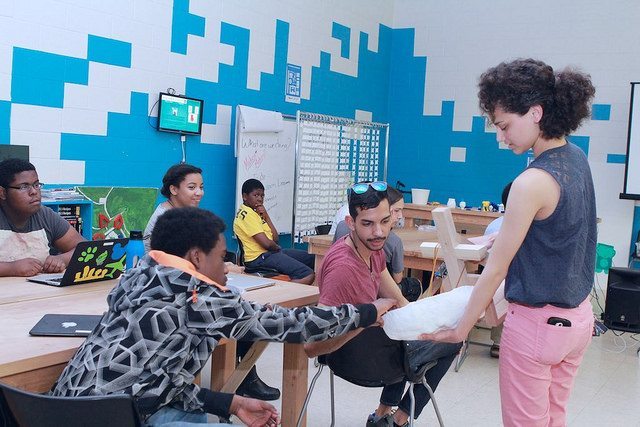 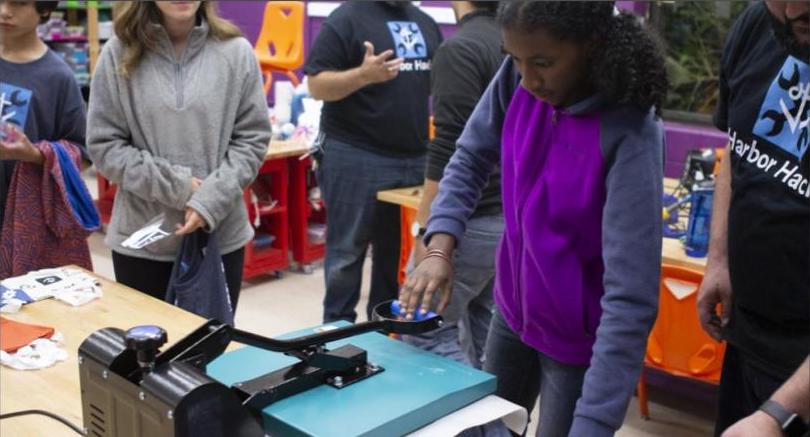 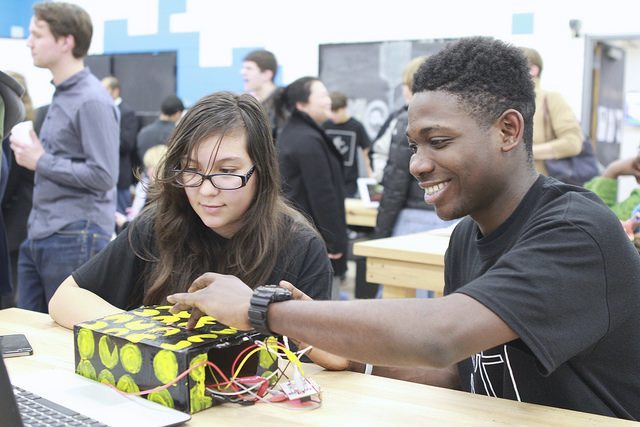 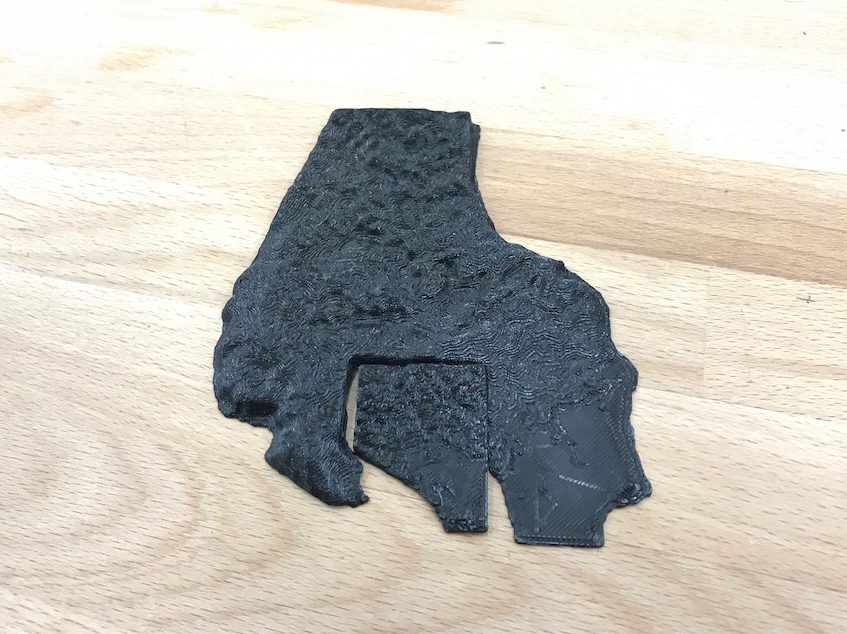 Get on the Map! 3D Mapping Maryland Project