I am always excited to receive Make magazine in my mailbox but the issue this month was especially exciting for me. In the past, I have equated the feeling of the arrival of Make magazine in my mailbox to Steve Martin waiting for the phone book to arrive in the movie “The Jerk”. Steve’s character starts yelling “The new phone book is here! The new phone book is here!” and he hurriedly thumbs through one to find his name in print for the first time and exclaims “I’m somebody!”.

This month’s issue, the Digital Fabrication issue includes not one, but two machine reviews by me. I was invited out by Make’s 3D Printing Editor, Matt Stultz to participate in the DigiFab Shootout, an intensive weekend long testing frenzy of all things digital fabrication (3D Printing, CNC, Laser Cutters, and Vinyl Cutters).

I remember remarking at how many people I recognized in last year’s version and thinking “wow, I know a lot of really cool people!” This year’s cast was another group of digital fabrication subject matter experts and as I looked around the room on our first night of testing, it felt a bit surreal. It was an amazing honor to have been included on the team and to have my expertise recognized by people that I look up to. 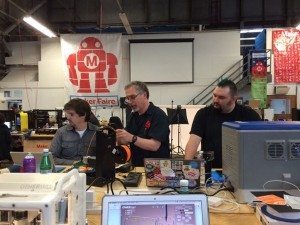 We worked until midnight almost every night and were up early to get back to testing. There was a wide variety of machines to test and quite a few in each category. This was the first time that Make was testing a range of digital fabrication tools instead of just 3D printers so were working on a very tight timeline. During the testing, it was also very important that we took very detailed notes because once we left the testing space, we had about two weeks to write our review. 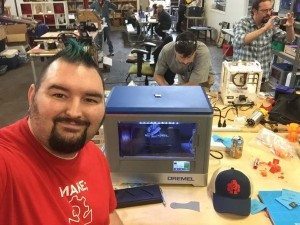 I was definitely the new guy on the team and I was determined to prove to the whole team that I deserved to be there and that they could count on me to get things done. It was important to me to represent DHF as a place of talented makers who can hold their own among some of the best makers in the world (yep, one guy came all the way from France to be part of the testing team). 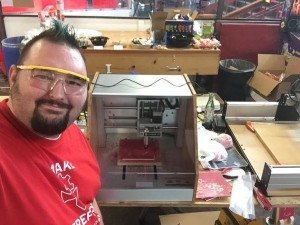 With the arrival of my issue, I was anxious to see where the printers fell in the rankings. You see, the testers provided anonymous samples to another team that analyzed the results without knowing which machine they came from so that there was as little bias as possible. We were even encouraged to change the color of filament for as many prints as possible so that even that wasn’t a clue.

I am not surprised to find Printrbot winning so many awards and it reaffirms all the recommendations I make for them. Are there better printers out there? Yes, I’m still drooling for an Ultimaker. But there is no better printer at that price point in my opinion (or even much higher). The return on your investment is high and the machines are very hackable but also just work. There are still going to be hiccups, but I find the hiccups much more tolerable at that price point. Hiccups still happen with more expensive printers too (sometimes even more) and when you are spending $1,000+, it gets really frustrating especially because they are generally more expensive to fix and repair. 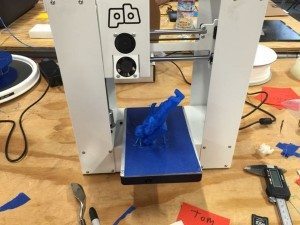 Being on the DigiFab Shootout team was an amazing experience and it was so valuable to be surrounded by all that talent and expertise. We worked very hard that weekend and we had a lot of fun doing it. The team at Make did a great job putting this all together and a hat tip goes out to Matt Stultz for his effort herding all of us cats.

My mind is already reeling on which of our DHF youth will be the first to be published in the magazine, and there are more than a few candidates. 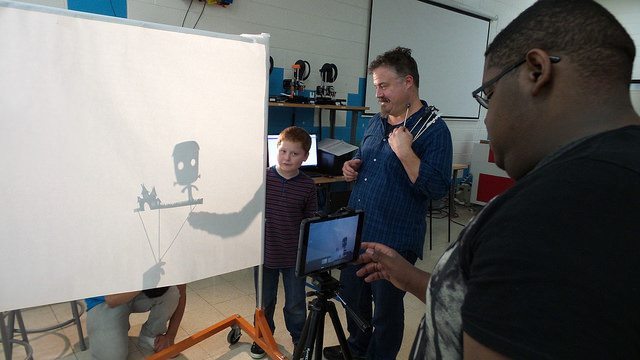