Yesterday was a big, exciting day for all of us at DHF. One of our very own Mini Makers, Jacob Leggette, represented DHF at the 6th and final White House Science Fair of President Obama’s administration. This is the second year in a row that we have had one of our youth invited to participate in the WH Science Fair. Last year, you may recall that Sierra Seabrease presented her Digital Jukebox at the same event. 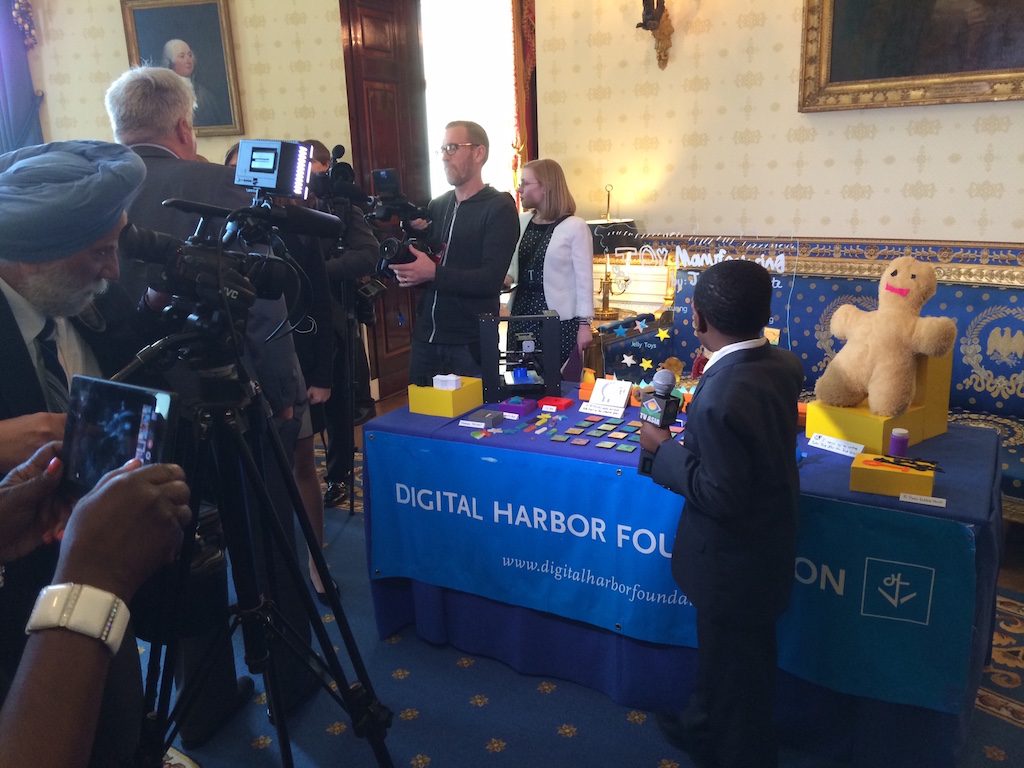 We all gathered around the projectors at the Tech Center yesterday afternoon and anxiously watched the live-stream for some footage of our young maker at the White House. We were all surprised and ecstatic to finally catch a glimpse of him…blowing bubbles with the President himself!

Jacob eagerly shared his story about learning to 3D print in our summer Maker Camp last year, and how he enjoyed 3D printing so much he wrote to companies like Printrbot to ask for a 3D printer of his own in exchange for feedback about how kid-friendly their product was. 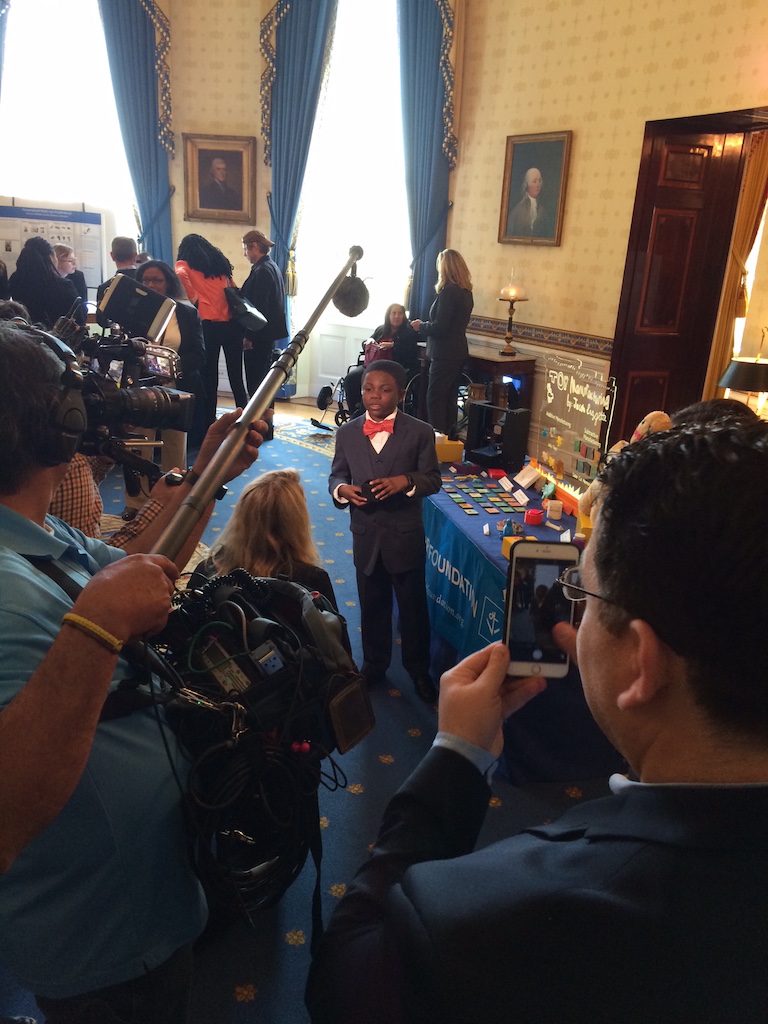 His table was full of products he designed as part of his explorations of manufacturing processes such as 3D printing, laser cutting, sewing, and mold making. He even created specific products to share at this event like his 3D printed White House, as an example of additive manufacturing, and his Liberty Bell 3D printed mold. 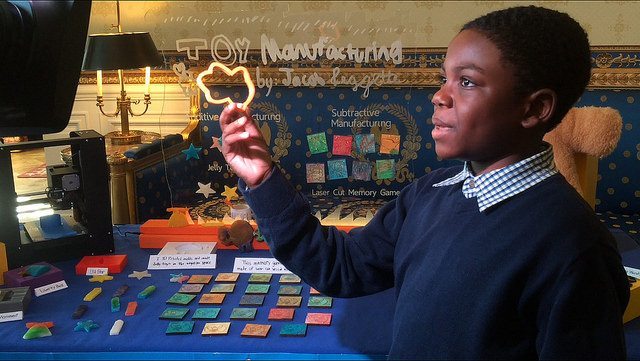 Before ending his conversation with President Obama, Jacob asked him if he has any “child science advisors”, to which the President responded that he did not. Jacob quickly recommended that “You should” and insisted this was a good idea!

We are all so very proud of Jacob and what a wonderful job he did representing himself, DHF and Baltimore at this year’s White House Science Fair. 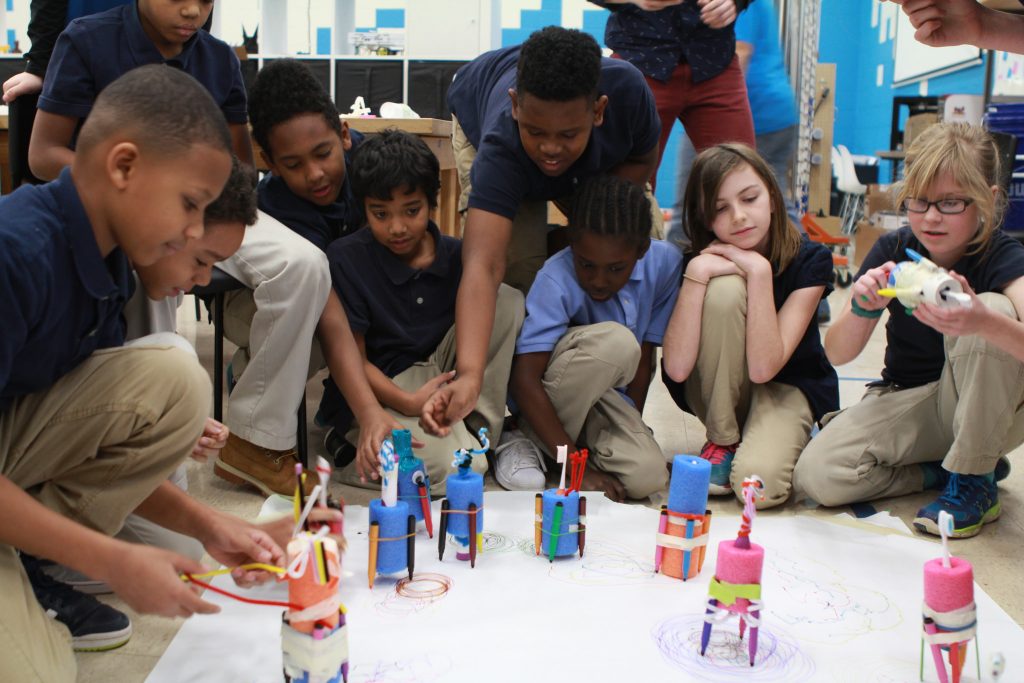 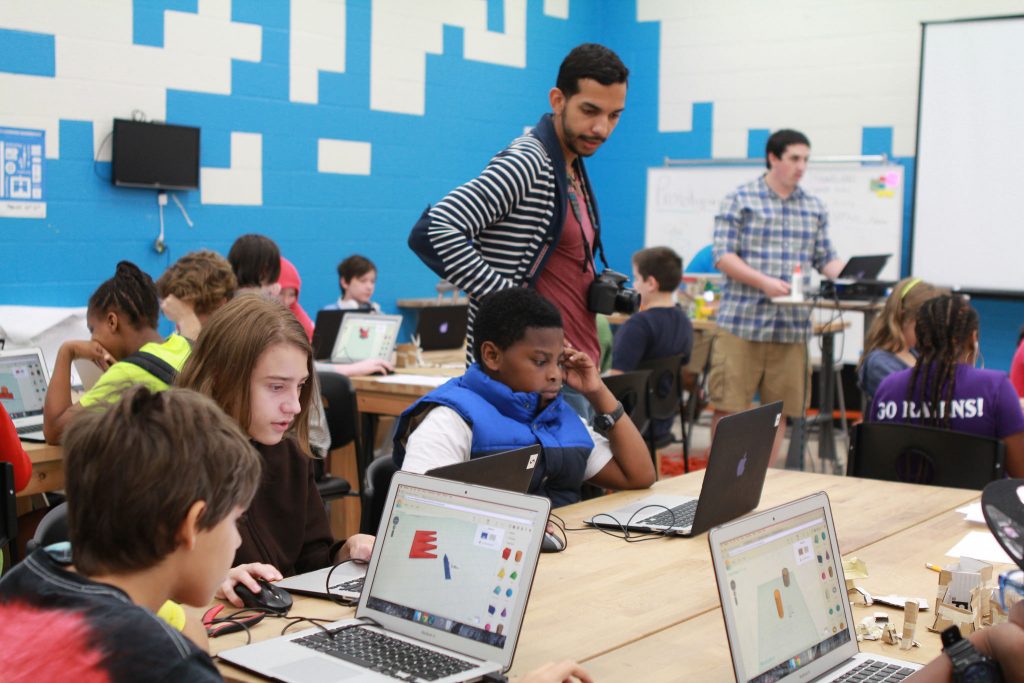 Bring Your Class on a DHF Field Trip 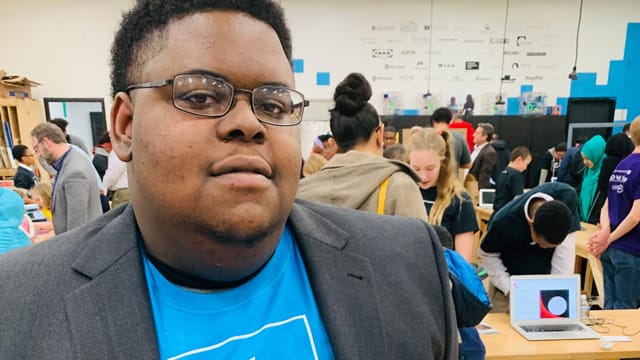