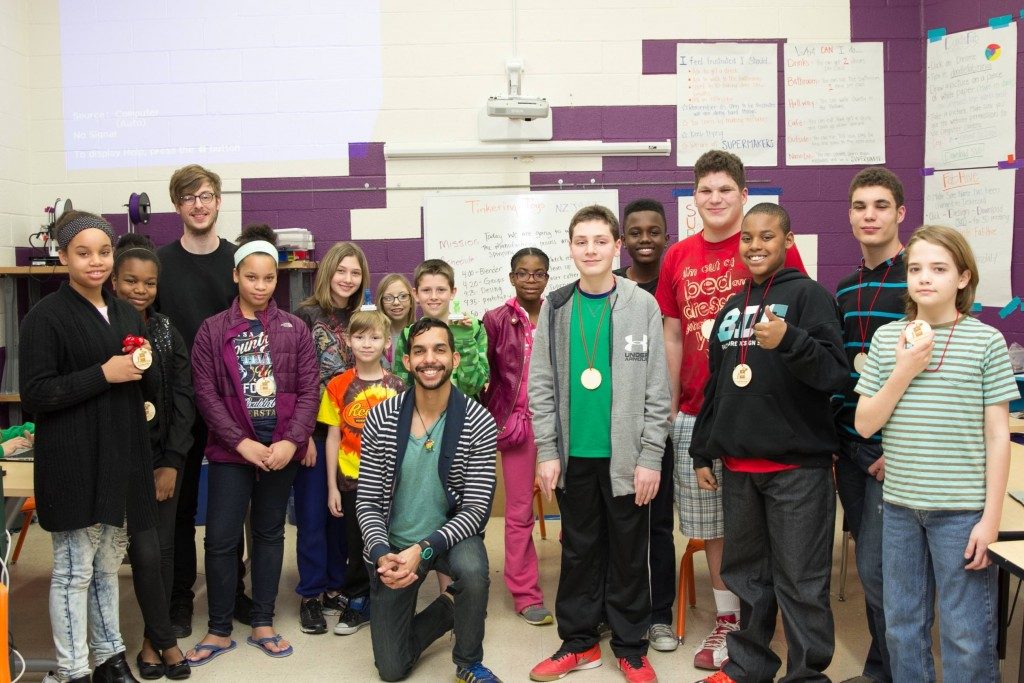 We hosted a Scratch Game Jam on Friday, March 11 and Saturday, March 12. The weekend Game Jam turned out to be the most exciting and fruitful Game Jam we have ever hosted. With 19 youth in attendance it definitely seems like this event will keep on getting bigger and bigger every time we host it. 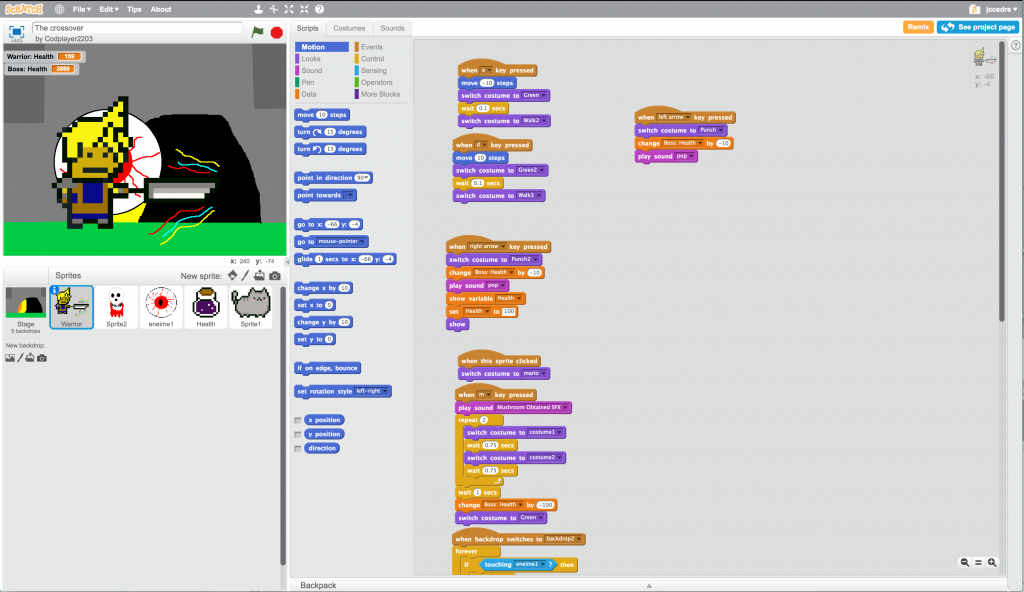 For those of you who do not know what Scratch or Game Jam is here is some information on both. Scratch is a web based game development environment developed by the team at the MIT Media Lab. With Scratch you can drag and drop pieces of code in a simple to use interface which provides an easy way for our youth to learn simple and even complex programming principles in no time.

Game Jam is a hackathon style game development event hosted at the Digital Harbor Foundation. The event runs on a Friday evening and all day Saturday. Youth participants come together on Friday and form development teams to create a game together. As a guide for the youth, we provide a schedule sheet of the event along with information on how they can divide their team members and assign roles for everyone. Along with almost everything we do here at the Digital Harbor Foundation we try to keep an open format for the youth to either work on their own or on a team. 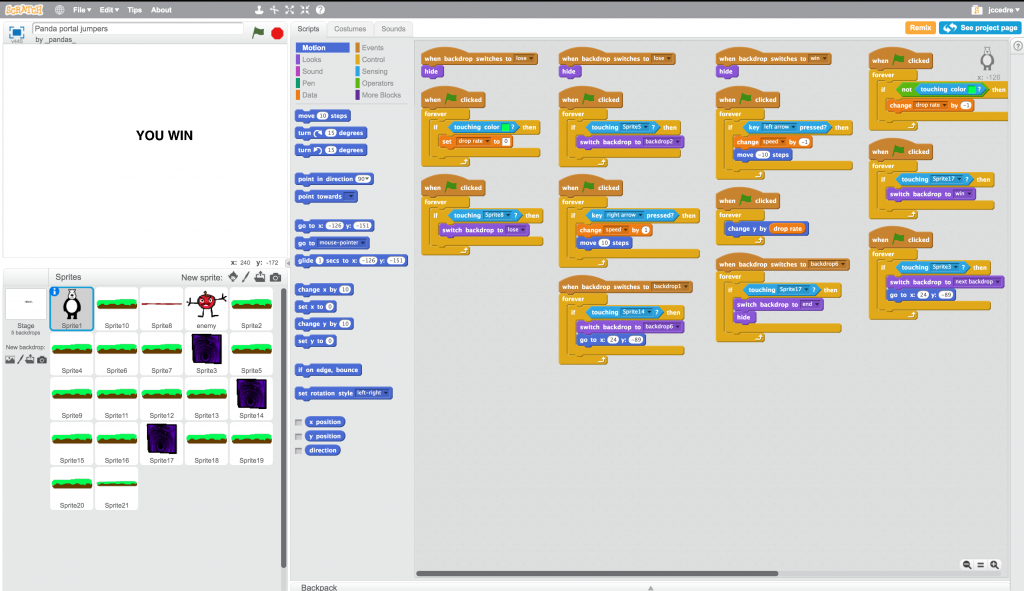 Team Panda were the Spring 2016 Game Jam Fan Favorites! They created a platform game called Panda Portal Jumpers that incorporates easy to use game mechanics in a fun, simple and yet hard to beat game. 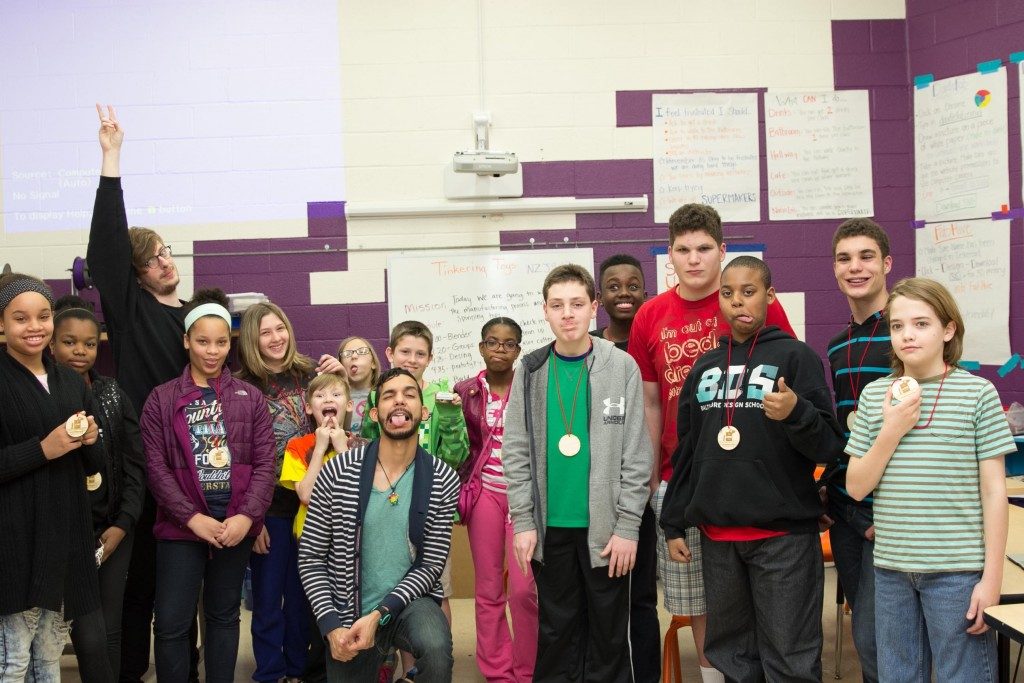 [We always need to take a crazy picture]

As we move to hosting more and more Game Jams as time passes I start to wonder what this event will look like in the future. With the increase in youth participation I can’t wait until we turn this event into a true game development hackathon! Here at the Digital Harbor Foundation we always strive to provide a safe, comfortable, and yet challenging, environment for our youth to create, explore, and fail. The Spring 2016 Game Jam is just one of the these environments. Here is the link to our 2016 Scratch Game Jam Studio if you’d like to see more of the games our youth created! We are already so excited for our next Game Jam, which will take place in October.

Digital Harbor Foundation hosted a Scratch Game Jam on Friday October 30 and Saturday October 31. The event was open to all current Maker Foundations youth and Members, and I’m excited to announce that we had 17 youth attend!

One of the best parts about the Game Jam was the combination of youth, as we had quite a range of game development skills. The focus was primarily on using Scratch, a free web-based introductory game engine/platform that is excellent for learning programming fundamentals as well as game mechanics. Scratch is the platform that we use in Maker Foundations, and I’m pleased to write that several of our Maker Foundations youth were confident enough to participate in the Game Jam with just one week of Scratch instruction and practice! 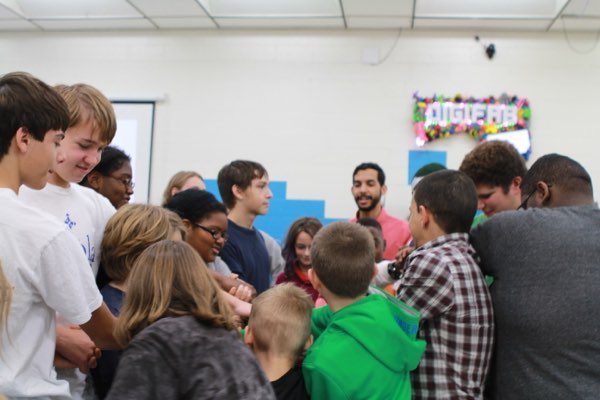 The Game Jam was modeled as a hackathon with youth working on a new project during the event. When everyone arrived on Friday, Jean Carlos and I provided a brief overview of the schedule of events and handed out some suggested roles for a collaborative game studio as well as a guideline of some things to consider including in each project. We made sure to keep the actual event open ended with lots of room for creativity and exploration while also encouraging the youth to form development studios with shared roles and responsibilities. 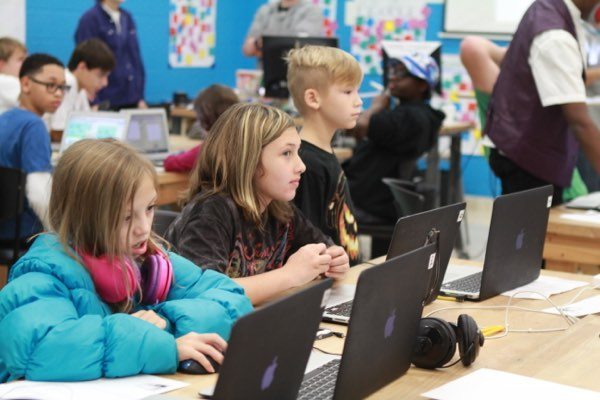 One of my favorite parts about the whole event was that Maker Foundations youth and Members formed teams together!  The blending of Scratch and game development skill levels resulted in a richer and more creative experience for all involved. Throughout the event we constantly heard youth encouraging each other and offering tips and tricks to solve problems. Since the event was hosted in the MegaLab with the tables set up similarly to the arrangement during the Baltimore Hackathon, open collaboration and sharing was encouraged throughout. Youth often took breaks to walk around and play each other’s games, offering positive feedback and sharing insights. 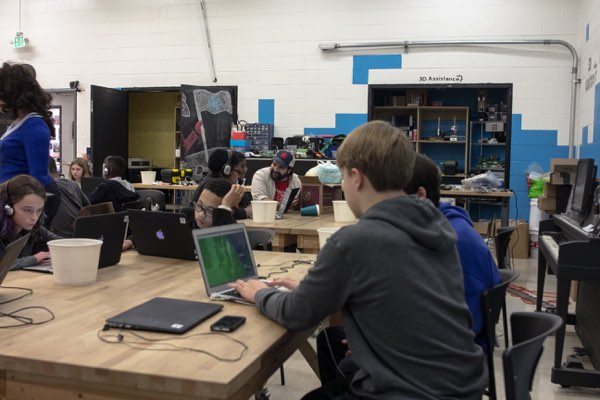 Two of our attending Members have done significant game development work in Scratch and decided to use the focused time of the Game Jam to level up their Unity development skills. Unity is a free professional grade game engine that is quickly becoming the industry standard platform, and it was great to see two of our youth working through a game together with the aim of creating a playable demo while focusing on solidifying their knowledge of game mechanics and development. Having these two working on a game in Unity was a fantastic motivator for the youth developing in Scratch, as that is one of the possible game development pathways that we encourage youth to take. 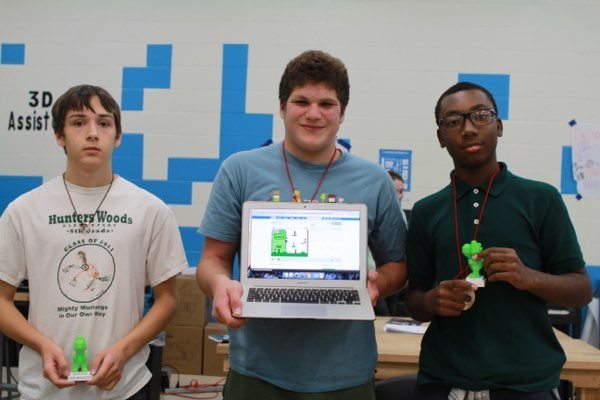 We finished the event with a youth showcase where all the participants shared their projects, reflected on their development process, and demonstrated the game with a quick play-through. Many of the youth were sad to go when the event concluded, and we heard several participants mention that the one thing they would change about the Game Jam is that it should run longer next time! 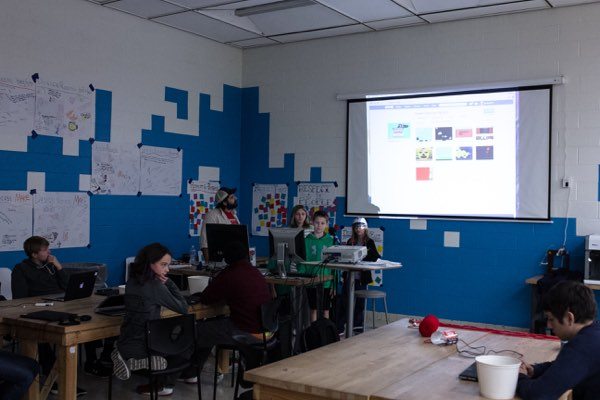 Here is a link to the Scratch Game Jam 2015 Studio so that you can play all the projects from the weekend: Game Jam Fall 2015.